If we understand the way we think, we will understand some of the most common mistakes made by managers. And then we will answer how such situations can be prevented and which is the most effective way.

If we understand the way we think, we will understand some of the most common mistakes made by managers. And then we will answer how such situations can be prevented and which is the most effective way.

The story of Cactus is in fact a continuation of the tales of competence and how the lack of managerial competencies affects the overall result. For those who did not already, we recommend that you read the previous text on competencies, in order to put the whole story in right context. Article: How to manage employees' competencies?

Cactus has worked for years in a true corporate system, where he learned to do his part of the job, to clearly know what to do, and to work with people who clearly know what their responsibilities were. The system, in which he worked, was ineffective, had a relatively poor product, but good marketing and organization compensated for these deficiencies. Work was done by professionals, who worked with very little passion, but they were skilled, knew processes well, so it was easy to work with them. No one liked the company, but in the end, magically, the results were good. There he also gained faith in the trainings and employee development, which was constant in company and was very useful to him.

However, as soon as new job opportunity appeared, and he was offered position at pillow store chain, Cactus did not hesitate to use it. Not because terms were better, but because it would be "progress". It was not clear to him why this was progress, but he was taught to strive for it, and this was definitely a higher position, with more responsibility. Basically, he would do the job which was done by his boss in the previous firm. So definitely – “progress” was there.

In the pillow store chain, he took over 4 retail stores. Those stores had grate sales results so he quickly started the process of opening the new one. He found a great location, which was in the part of the city with plenty of brand new apartments, very well defined the target groups and applied many techniques that he has learned on his previous job. The discounts, which he suggested, were excellent and at the right time. Almost anyone who moved in, come to the store by recommendation.

One of the problems he had was that he could not reassign anyone from the existing store because the new store was too far away, so he thought it would be best to hire someone who lives close-by, and after 20 conversations he hired Chicken, Pony and, of course, flying Squirrel. The three of them were a great team, a sale was great, customers often visited the shop and bought a large number of items. From their point of view, they were great salesman, who were extremely professional and successful in doing their job.

Satisfied with the results of the new store, Cactus completely devoted himself to other stores in which he detected some problems. However, a year after, problems in the new store started to appear. Cactus tried everything that he had learned in the previous company: he sent the employees to training, changed the salary system, and even brought the Racoon in company instead of the Flying Squirrel. Apparently, nothing helped. According to him, he tried everything, but the people who worked there were not much interested in and refused to try harder. In his head, the guilt for bad results was on them and so it was time for some replacements.

The basic question is, where Cactus went wrong?

Like most managers, who are facing his problem, he misidentified the problem because he did not understand a root of it. The manner in which employees were doing their job now was simply a symptom of the mistakes he made from the very beginning. These symptoms were well covered by the circumstances in which store operated, and from previous job he was accustomed to do his job with professionally. His biggest mistake was that he did not developed Chicken, Pony and flying Squirrels as needed. And he did not prepare them for changing circumstances, simply because he was not aware of their knowledge.

Overall, a minor part of the guilt lies in anyone else other than in Cactus.

The only one who also can be blamed is the organization itself, for not providing Cactus with work systems and personal development plan. Instead they sent someone with excellent professional skills to perform a job for which he was not even close being trained for or capable of. Therefore, the mistakes were not only Cactus’s, but also of those who employed Cactus and assigned him to manage stores and employees.

And that is why this is, in fact, a story about the way in which management competencies, or their lack of, have a major impact on the company's results.

Now, how to fix this?

The systematic development of management competencies is not based solely on training. The right path is to set the minimum standard of management that a manager needs to meet constantly. If this sentence was not perfectly clear to you - it doesn’t matter. You also use USB storage for data storage, and you probably do not understand how NAND flash memory works. In that case, leave it to someone who understands it, and you only use the results of management system.

Then comes the most important part, which is the correction of managers actions. Each of them will sometimes fail, some mistakes will be random, some made from ignorance, some from lack of skill, and some will be systemic. With these two last groups, we can certainly do something. When you discover a misconception or systematic error, you can achieve a lot with just making error obvious or precise training.

Employees, including managers, look at training as something meaningless and a waste of time. And truthfully, this is often true. The case when this is not true is the one where you exactly see what is employee struggles with and give him advice and techniques to solve problem within his capabilities. Well, it certainly will not be a waste of time. Do you actually know somebody who does not want do his job in an easier way? 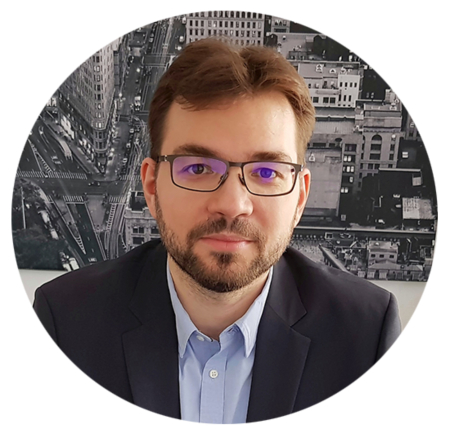 iManage is proven Employee Management System. It’s a reliable support service that has been evolving for 15 years. So all of us understand our mission clearly, to help management to reach their goals.
And we just get it done!

Interesting articles and analyses written by community of professionals about management, performance, educations and HR in general. In-depth explanations, points of view and real life stories, that will be useful and easy to understand by anyone, from owners and senior management to someone who is at start of serious professional career.